On the eve of Canada legalizing recreational marijuana use this spring, the Toronto Public Library takes a look at local prohibition and moral reform in the late 19th- to early 20th centuries for their archival exhibit Vice & Virtue: Booze, Broads & Sunday Laws at their Metro Reference Library’s TD Gallery space, bringing in material and memorabilia from the Baldwin Collection of Canadiana; to remind us that we were too a town full of bluenoses that would continue right up until World War II.

Under the rule of William Holmes, who was elected mayor of Toronto in 1886 on the moral crusade platform to clean up the city already bursting at the seams with bars and brothels, which are well presented with interactive screens describing the local booze operations stretching from the expansive Gooderham & Worts site that now makes up the historic Distillery District near the Port Lands right to the Don Valley brewery of Helliwell Brewery & Distillery that is part of today’s Todmorden Mills Historical Site, even the way long-gone Severn Brewery in the nearby Yorkville area.

Photos of local temperance societies, mostly women who would later be campaigning for universal suffrage and child welfare reform as well as anti-drinking and –smoking laws; and charts explaining how the city established its first police vice squad under Howland to crackdown public drunkenness to those breaking the Sunday observance laws (repealed since 1992 in Ontario, the rest of Canada since 1985). 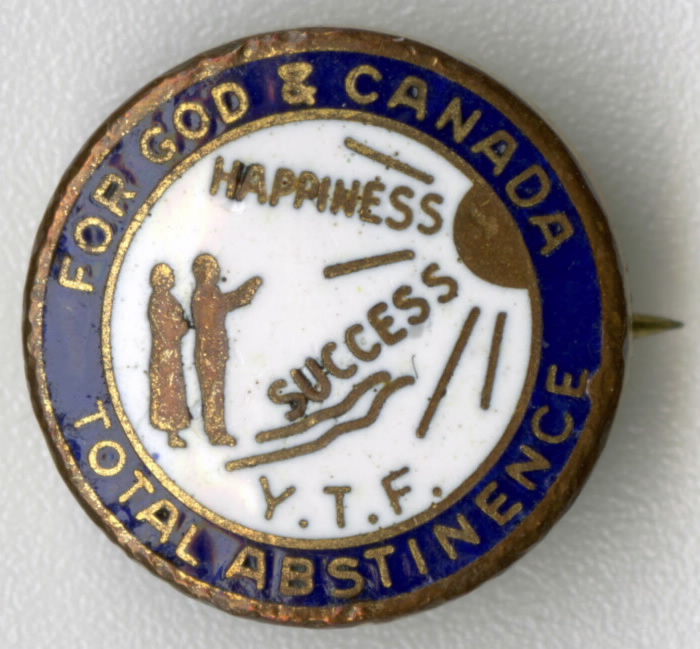 A temperance pin from 1910 to promote the abstinence of alcohol consumption is viewed with other items in the Vice & Virtue exhibit.

They also hired its first two female officers on the force to mainly keep an eye out for single young ladies from “sinning” in parks, theatres and dancehalls, but also targeted the poor and people of colour. As well as busting up opium dens up until the mid-1920s, the vice squad arrested street buskers and public-playing card players too who were labelled as “disorderly persons.”

One of the more interesting artefacts is the authentic Don Jail Registers from 1847 to 1877, which was the largest jail in North America at the time and held the last execution by hanging in Canada in 1962, which included children as young as 11 to be jailed there, among the other diaries, ads, paintings, posters and prints filling the room. Check Richard Baigent’s nicely faded 1865 watercolour “Bloor’s Brewery” holding some simple if pointed details of the brewer’s property whose name now runs along the downtown core next to the library to the more recognizable “Gooderham & Worts, Ltd.” print and watercolour lithograph by Arthur Henry Hider in 1896.

Expanding closer to the postwar era, the exhibit views defunct local publications like Flash, Justice Weekly, Hush and Tab that dished the juiciest gossip from outing gay cruisers and sexual “deviants” from the 1950s, that ironically tried to stand on moral grounds (on a surprise footnote, Justice Weekly was the first Toronto paper to discuss LGBTQ issues and print same-sex classifieds long before the now-defunct Xtra and its pioneering predecessor The Body Politic ever did).

It’s even hard to believe that before the birth of the LCBO that it operated in a bank-like structure unlike their blue-collar Beer Stores and tonier operations of today did, or that one could openly smoke in bars, restaurants, shopping malls and bookstores (!) as the archival news photos reveal, including the 1981 “Operation Soap” Bathhouse Raids that galvanized the Canadian gay liberation movement as our own Stonewall event – just minus the riots. To ever say that we are a placid and boring country, seeing the Vice & Virtue exhibit extolling against the evils of liquor and prostitution would make one think twice with its fascinating display of our more button-downed society of the past. 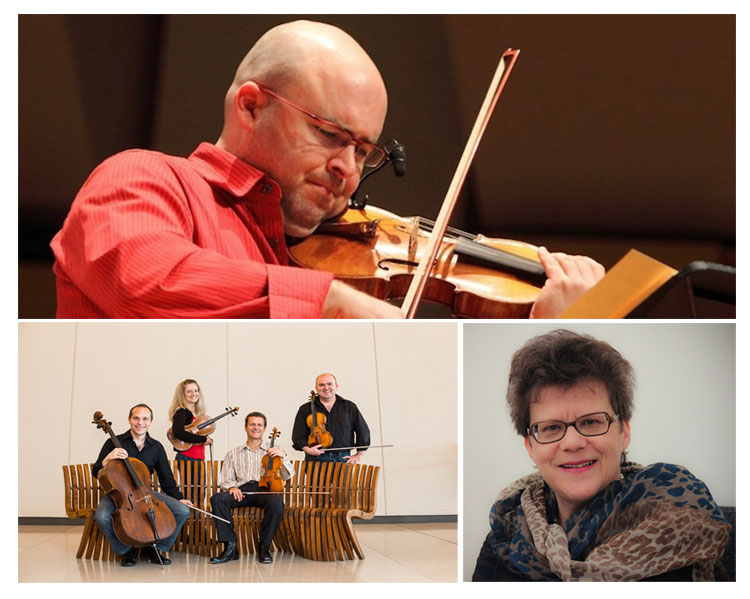 Clockwise: Violinist Mark Fewer, soprano vocalist Soile Isokoski and the St. Lawrence String Quartet are part of the musical celebration of the 2017 Toronto Summer Music Festival this July with the heavily-focused theme of Canada’s 150 years of Confederation.

Nothing can escape the sesquicentennial of Confederation as it inches closer to our official birthday on July 1, including the music festivals. In his first season as Artistic Director of the annual Toronto Summer Music Festival – running July 13 to August 5 – Jonathan Crow has programmed a festival where the music of Canadian composers including R. Murray Schafer and Gary Kulesha and new works by Carmen Braden and Jordan Pal, will be heard alongside repertoire from around the world that influenced Canada’s burgeoning musical scene.

“Music continues to play an integral role in defining what it means to be Canadian,” said Crow in his explanation of the recently released line-up. “As we celebrate Canada’s 150th, we reflect on the musical influences that have shaped our musical journey and we showcase some of today’s composers and performers who are leading us forward.”

At University of Toronto’s Walter Hall (80 Queen’s Park) features distinguished Canadian violinist Martin Beaver headlining the July 14th concert with pianist Angela Park, St. Lawrence String Quartet violist Lesley Robertson and cellist Christopher Costanza joining him for Beethoven’s Sonata No. 7 for piano and violin in C Minor and the folk-flavoured style Piano Trio No. 1 in D Minor, Op. 32 by Russian composer Anton Arensky in tribute to his teacher, Tchaikovsky; while in a jazz mode has the Mark Fewer Jazz Trio on July 20th with Mark Fewer on violin, David Braid on piano and Joseph Phillips on bass performing an evening of classic jazz tunes from Ellington and Strayhorn to Canadian works by Jan Jarcyzk, Jodi Proznick and Phil Dwyer.

As a tribute to the two founding European nations, festival Artistic Director Crow himself draws his own bow and joins with pianist Philip Chiu for a program of French, English and English/Canadian pieces on July 31st, also at Walter Hall. The recital offers the opportunity to compare violin sonatas by the two most important French composers of the early twentieth century: Debussy’s crisp, neoclassical Sonata for violin and piano in G Minor, Ravel’s jazz and blues-inspired Sonata No. 2 for violin and piano in G Major, plus Sonata No. 1 in E Minor by the English-born composer Healey Willan, who immigrated to Canada in 1913 where he earned high distinction as a composer, teacher and organ soloist. Willan’s music follows traditional late-romantic models like Elgar, whose engaging violin miniatures, with selections for violin and piano rounding out the evening.

And perhaps in its most sobering reminder that we are on native land, the fest has a free performance with the National Youth Orchestra of Canada July 25 at Koerner Hall, conducted by Jonathan Darlington which will include works by Borodin and Strauss as well as “The Unsilent Project,” a special Canada 150 signature project that tackles issues of the Truth and Reconciliation Commission.