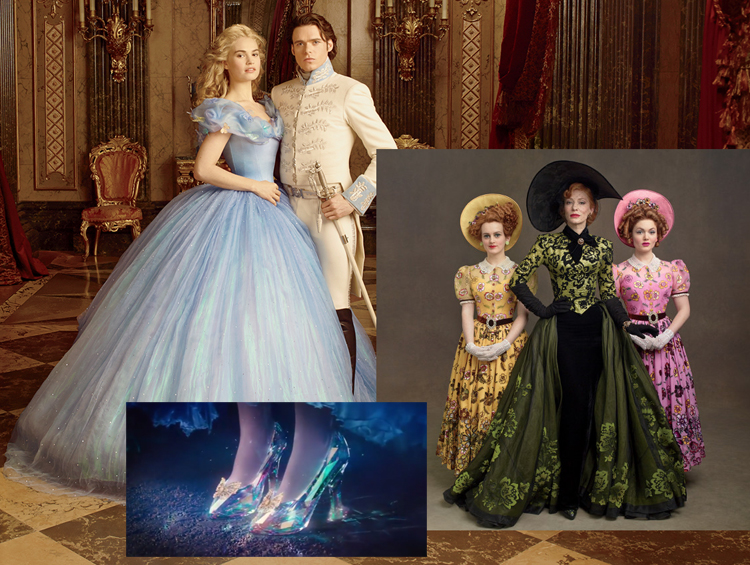 Since Disney has been recycling their animated classics into live-action box office gold like 101 Dalmatians to this summer’s Maleficent, they’re taking it again this time with their masterpiece version of Cinderella as re-imagined by Kenneth Branaugh for next March. And to mark the occasion, a travelling exhibit bearing the same name that will eventually make its world tour to the public at a later date.

Given an exclusive media preview recently before the television, cinema and online trailer came out this past November 19, the exhibit is broken down into several sections: first is the Heritage Gallery lined with memorabilia from the original 1950 film from the illustrative, never-before-seen conceptual sketches done in detailed watercolours by Mary Blair to the promotional View-Master discs and theatrical posters, plus an interactive motion-sensor storybook of the film’s storyboards (when working properly) offers a little non-overwhelming ache of nostalgia.

Small as that section is, it moves onto the 2015 remake of major props and costuming, taking a cross of medieval and 19th-century feels – and something to do with butterflies – as seen on the dresses of stepsisters Anastasia and Drusella (Holliday Grainger and Sophie McShera) and stepmother Lady Tremaine (Cate Blanchett) holds a sense of Victorian air, all designed by Academy Award-winning designer Sandy Powell.

Swarovski gets their advertising dollars work for its onscreen exposure from the 10,000 crystals used on both Cinderella’s ballroom dress and the Fairy Godmother’s (Helen Bonham Carter) outfit and the exhibit’s pièce de résistance, the glass slippers to which an estimated C$35,143 worth of crystals for the close-ups, as an acrylic pair were used by the heroine played by Lily James for the regular usage.

The Ballroom section has fifteen costumes, including Cinderella’s dress that took about 4.8 kilometres worth of fabrics; and has a more global theme of dignitaries from Africa, Asia and the Middle East (something that wasn’t explored in the original as remaining all European). The LED fibre optic lighting for the pumpkin carriage interior seems a little flashy if effective, but the endpoint Modern Day Princess Gallery of rebranding with film merchandising Disney’s hoping to cash in from bed sheets, LEGO kits and even an adult strapless wedding gown seems pretty much like a shameless plug that may (or may not) work out in their favour.

At times it feels a bit confining space-wise in seeing the exhibit through impromptu areas like the Entrance Hall, Cellar and The Garden sections in order to give the impression of a film set, the objects do carry their own weight but probably won’t be fully appreciated until the film’s release date when some of the props and costuming gets a chance to represent themselves as living pieces of cinema to offer a sense of legitimacy.

by Cory Doctorow and Jen Wang

Graphic Novel and Comics/Videogame and Fantasy

Now that it’s no longer geeky to be a gamer girl in the male-dominated videogame realm, the market has certainly opened up for girls and women who can rock the console as shown within In Real Life created by Canadian-born SF novelist, journalist, activist and editor of the popular culture/tech/politico blog Boing Boing with cartoonist/illustrator Jen Wang to discuss the trend and throws in some other pressing issues to boot.

Moving to Flagstaff, Arizona from San Diego with her family, Anda Bridge is like any teenager trying to adapt to a new home and school when a visiting online game developer Liza McCombs, creator of Coarsegold Online, inspires her to go online as a female avatar warrioress Kalidestroyer and quickly befriends fellow gamer girl Lucy a.k.a. Sarge. As probationary members of the exclusive Club Fahrenheit, Sarge lures Anda into making real money as a gamer where they kill virtual bots known as gold farmers. 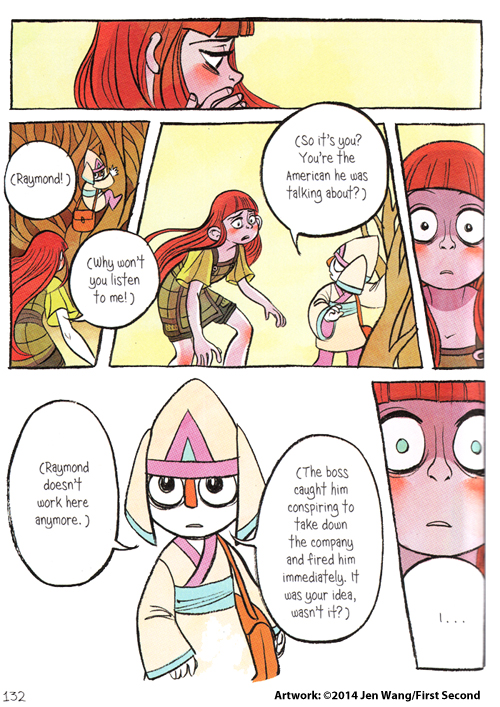 It becomes lucrative for her until she runs into a gold farmer named Raymond from Shenzhen, China who at 16 works at a backbreaking factory job while moonlighting as a gamer on Coarsegold. Looking to help him get medical coverage that he’s entitled to by encouraging him to form a labour union, Anda runs into trouble when she’s grounded for her unexplained earnings via her PayPal account, then barred from Coarsegold for suspected cyberbullying, along with Raymond getting fired for organizing, yet is undeterred to do what is right for her e-pal.

The themes of socio-politics, gamer culture and growing pains are down with cohesive interest Doctorow and Wang does for their main protagonist championing for a worthy cause other than just engaging in some frivolous activity, meantime treading on the dangers of the digital frontier without much prejudice. It also does the same on how it is to be an outsider looking in when a geek girl tries to organize a school board game club within Anda’s circle of sci-fi gamer boys.

Colourfully rendered, In Real Life balances all the aforementioned into something quite timely and substantial of the online videogame community with thoughtfulness, even if you’re unfamiliar with such territories, including myself.

Any jazz musician’s dream goal is to play at the famed New Yorker Blue Note nightclub, which is an indication that one has truly arrived in the pantheon of distinguished artists. Since under the control of Blue Note Entertainment Group (BNEG) that owns a worldwide chain of Blue Notes, the B.B. King Blues Club and its own annual jazz festival held in 15 venues across Manhattan, readies itself in opening a new Latin music venue in December called Subrosa.

Latin for “under the rose,” Subrosa dedicates itself in a 120-capacity basement space with art, music and culture in the Big Apple’s former Meatpacking District, which had its soft opening on November 12 with its own resident group Pedrito Martinez Group, a longtime staple on the New York Latin scene; intending to showcase live talent.

“We are opening Subrosa to provide a new creative hub for eclectic music with a emphasis on Latin and World Music disciplines,” stated BNEG president Steven Bensusan, whose father Danny founded the company back in 1981 in buying and revitalizing the city’s jazz heritage. “This space will ultimately serve as a destination for listeners to discover new globally-influenced music in an accessible setting.”