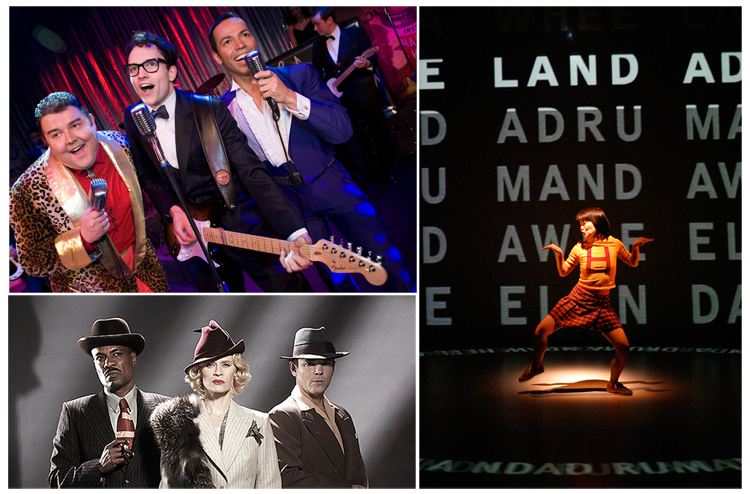 Both the returns of a Canadian avant-garde poetry play and an American rock icon musical to musicals based on 19th-century Parisian backstages makes its a world premiere here to a comeback for a campy horror repertory musical make up for a colourful fall season for the Toronto area with plenty of tastes to go around.

Soulpepper Theatre still has the revisionist elderly Romeo and Juliet story A Tender Thing and Canada’s enigmatic piano man in Glenn (both to October 1), the return limited engagement about marriage engagement comedic battles between real-life mother and son team Asha and Ravi Jain comes in A Brimful of Asha (October 7-11); while they prepare to sail on down Spoon River (November 4-15), a musical adaptation of Edgar Lee Masters’ Spoon River Anthology about American rural life; The Four Horsemen Project (November 6-22) gets dusted off for a remount after it last appeared on Toronto stages eight years ago based on the Canuck avant-garde poetry masters Rafael Baretto-Rivera, bpNichol, Paul Dutton and Steve McCaffrey and another run of the highly-popular Kim’s Convenience (November 29-December 28).

Ibsen’s immortal morality play An Enemy of the People (September 24-October 26) gets a updated staging by director Richard Rose for Tarragon Theatre (30 Bridgman Avenue) as a medical officer of a small Norwegian town gets discredited for whistleblowing over a contaminated tourist trap by its financial benefactors.

The 15th imagineNATIVE Film + Media Arts Festival (October 22-26) is back with a spotlight on Australian Aborigines this year of its multidisciplinary feast from a 50-film schedule held at TIFF Lightbox (350 King Street West) featuring shorts from Australia, Peru, Sweden and New Zealand, plus a free screening of the sleeper hit feature The Sapphires, the real-life Aboriginal female pop quartet entertaining in 1968 Vietnam; to exhibitions and an Art Crawl, among many other events and the jukebox musical Buddy! The Buddy Holly Story (October 14- November 16) rocks the Winter Garden Theatre (189 Yonge Street) after a long absence with an all-Canadian casting that will feature 20 of his greatest hits from “Peggy Sue” to “Oh Boy.”

Marking their 45th anniversary season, Factory Theatre (125 Bathurst Street) puts on one-man show The Art of Building a Bunker (October 11-November 2), a workplace seriocomedy about a sensitivity training workshop amongst a multitude of volatile characters with Adam Lazarus; as the Art of Time Ensemble starts their season with the ultimate poetry slam The Poet/The Song (November 7-8) at Harbourfront Centre Theatre (231 Queen’s Quay West) featuring the Ensemble musicians joining forces with the tome readings of Leonard Cohen, T.S. Elliot, Walt Whitman, Petrarch and Margaret Atwood (performing herself) to classical, Broadway and new music.

The Theatre Centre (1115 Queen Street West) presents a familicide drama Bloody Family (September 27-October 5) where honour, revenge and justice spirals out of control and laugh battles ensue in the Your Hood’s A Joke series at the Comedy Bar (945 Bloor Street West) with the first of two with the Leslieville Strollerdemons versus Liberty Village Royal Pains (October 2) and Danforth Drunk Philosophers versus Annex Raging Baristas (November 6); the comic-horror splatterfest Evil Dead – The Musical (October 31- November 9) is back at Randolph Theatre (736 Bathurst Street) just in time, but for a very limited time, for some Halloween hijinks and the polemical off-Broadway smash romantic-comedy The Motherfucker With The Hat runs its Toronto premiere November 9 to 30 at The Coal Mine Theatre (798 Danforth Avenue). 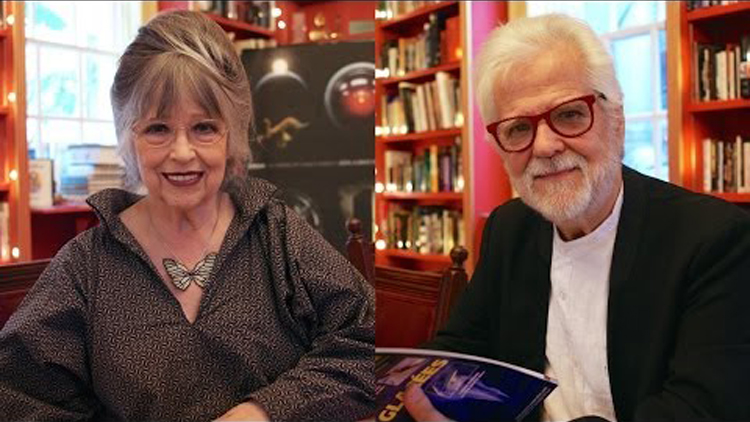 Stanley Kubrick's widow Christiane and her producer/brother Jan Harlan make appearances as part of the tributes to the revered filmmaker at TIFF Lightbox’s retrospective Stanley Kubrick: A Cinematic Odyssey.

It would be hollow to not have any of master filmmaker Stanley Kubrick’s filmography to accompany the forthcoming exhibit celebrating his work at TIFF Lightbox (350 King Street West) starting next month, as arranged by TIFF and the touring exhibit with Stanley Kubrick: A Cinematic Odyssey, running October 31 to January 25.

“Stanley Kubrick’s work remains one of the most important contributions to world cinema,” stated TIFF Film Programmes Director Jesse Wente, “forcing us all to think about who we are and giving us a deeper look inside human nature. This extensive retrospective accompanied by introductions from family, friends and colleagues (of his) will offer new insights into the mind of a true cinematic genius and introduce a new generation of audiences to the power of his films.”

Although he made about 13 features in his nearly 50-year career, A Cinematic Odyssey not only shows the depth and breadth of Kubrick’s palette, a plethora of special guests, roundtables and talks will be part of the exhibit as a further examination of the director and the themes he explored and wanted us to think on.

Kubrick’s producer, friend and brother-in-law Jan Harlan will not only introduce The Shining on October 31, he will also be joined by his sister and Kubrick’s widow Christiane Kubrick to talk about his final film Eyes Wide Shut November 1, completed six days before his death. Also on November 1, the science-fiction masterpiece 2001: A Space Odyssey will be introduced and discussed by two of its equally legendary cast members Keir Dullea and Gary Lockwood.

2001 will also be screened for a one-week only engagement at Lightbox (November 7-13), with special effects pioneer Douglas Trumbull introducing the film (November 7) and will hold a special keynote lecture looking back on his visionary career and a look at his new short film UFOTOG for Douglas Trumbull on The Future of Cinema (November 8). 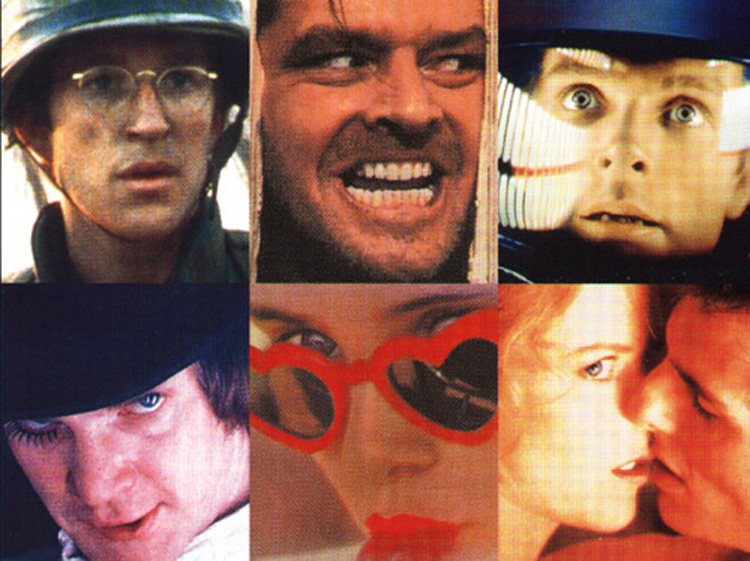 Films screening for Lightbox's Stanley Kubrick: A Cinematic Odyssey, among others, are (clockwise), Full Metal Jacket; The Shining; 2001: A Space Odyssey; Eyes Wide Shut; Lolita and A Clockwork Orange.

Included in the retrospective will be Kubrick’s rarely-seen shorts, the documentary Day of the Fight; second short Flying Padre about a New Mexican pilot priest and his expansive parish and first colour short, the commissioned Seafarers International Union doc The Seafarers. The rest of his films – but the oddly missing (even though he disowned it later in life) debut feature 1953’s Fear and Desire – film noir Killer’s Kiss, heist thriller The Killing, anti-war opuses Paths to Glory; Dr. Strangelove and Full Metal Jacket; the Roman slave epic Spartacus; Lolita; the controversial societal violence commentary A Clockwork Orange; period piece Barry Lyndon; both North American and international release versions of The Shining and the aforementioned 2001 and Eyes Wide Shut.

Roundtables and talks on the films will be noted French film critic and editor Michel Ciment on A Clockwork Orange (November 8) and Paths of Glory (November 9); Toronto film critic Adam Nayman on Full Metal Jacket (December 12) and Jesse Wente on The Killing (January 18); plus screenings of Kubrick-inspired works A.I.: Artificial Intelligence, the sadly underappreciated Steven Spielberg project he was collaborating with Kubrick prior to his death and Rodney Ascher’s personal obsessive scope about The Shining’s symbols in the documentary Room 237.

And TIFF’s annual BOOMBOX fundraiser on October 30 will have a Kubrickian atmosphere featuring themed live entertainment, interactive art installations, music, art, film, cocktails and hors d’oeuvres, will all proceeds going to support the efforts and programmes at Lightbox.